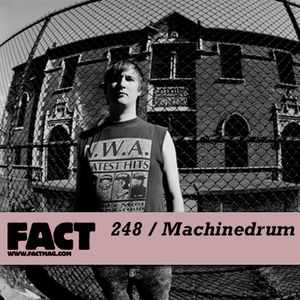 Real name Travis Stewart, Machinedrum has been a staple in New York’s underground since 2001, when his debut album Now You Know was released on Miami’s Merck Records. In the years since, which have seen him release another eight full-lengths as well as myriad singles and mixtapes, Machinedrum has explored countless forms of dance music, hip-hop and more.

Last year, Stewart turned to Glasgow’s LuckyMe collective – a stable of artists who have always openly revered his music – to release his Many Faces EP, while also exploring contemporary house music and dubstep, collaborating with Praveen Sharma as Sepalcure for a series of records on Hotflush.

Most recently came Room(s), a new Machinedrum full-length released on Planet Mu, and Machinedrum’s long overdue FACT mix centres around the Chicago footwork and jungle that inspired that album.