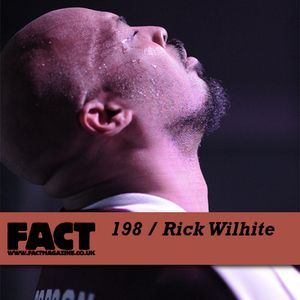 The Godson, Rick Wilhite, is at the controls for FACT mix 198.
As proprietor of the legendary Vibes store in Detroit, which closed in 2008, and as a DJ and producer, Wilhite has become a world-renowned purveyor of soulful electronic music. A core member of the Three Chairs production team that also numbers Theo Parrish, Kenny Dixon Jr. and latterly Marcellus Pittmann, he’s released a number of highly sought-after solo records, including a trio of KDJ 12″s that were virtually impossible to get hold of until Rush Hour began reissuing them last year.

Rick’s mix showcases exactly the kind of low-slung, emotive house killers that his name has become synonymous with; it oozes class, and real feeling. You can stream and download (click the arrow on the right side of the player) via Soundcloud below. Tracklist to follow.