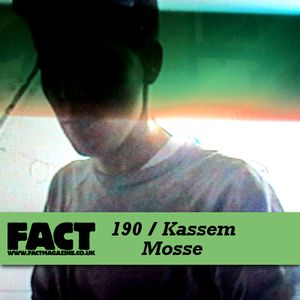 The German DJ/producer, real name Gunnar Wendel, has been behind some of the most curious and invigorating house and techno records of the past four years, first coming to our attention with his rugged, syrup-slow contribution to part three of Workshop’s 12″ series. His Aqueous Haze (The World Disappeared Into An) EP followed soon after, and its B-side ’578′ was given a new lease of life this year when Omar-S remixed it and released two versions on his FXHE label.

The Kassem Mosse FACT mix reflects the breadth of Wendel’s production output, but firmly anchors itself in crunchy Detroit fare from Urban Tribe, Andres, Moodymann, Theo Parrish and Leron Carson. Put together with a real mastery of groove across different rhythms and tempos, it’s simply one of the most absorbing and addictive FACT mixes we’ve issued all year.

still so fresh..can't believe this is 7yrs old.. genius mix

Being about 3 ft. away from Kassem Mosse doing his thing live @ smartbar was a highpoint of 2012 for me!