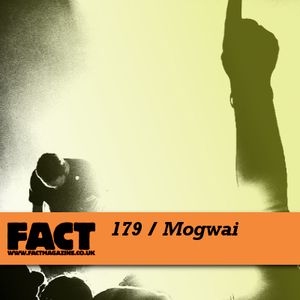 The latest FACT mix is the work of Scottish post-rock legends Mogwai.

The band recently released their first live package marking fourteen years of existence for the band, whose early albums Young Team and Come On Die Young represent some of the most influential music of the era – taking the long-form instrumentals of Louisville’s Slint, and injecting them with a very human, and very British melancholy and sense of humour, looking to their peers Arab Strap as well as the likes of The Cure and Fugazi for inspiration. Later in the decade, Mogwai would work with Andrew Weatherall, Alec Empire, The Manic Street Preachers and more. The noughties would see Mogwai continue to hone their sound, reaching new peaks with tracks like ‘Glasgow Mega Snake’ and ‘Auto Rock’, while also moving into soundtracking.

Their FACT mix was made by long-term member Barry Burns, and features The Fall, Fad Gadget, Tuxedomoon and "some other weird little pop tunes".