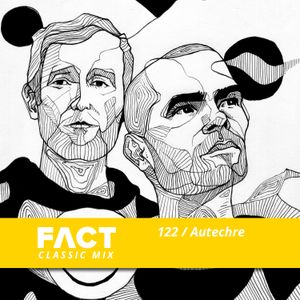 Back in 2010, Rochdale lads Sean Booth and Rob Brown - better known as Warp Records mainstays Autechre - slotted together a sequence of tracks in the run up to that year's excellent Oversteps full-length.

A potent blend of rap (Detroit's Dilla-approved Phat Kat, Wu Tang's Raekwon and rapper/producer Black Milk make an appearance), slithering electro, manic breakcore and... err... extreme metal, it shows the duo's wide range of influences without sounding forced or overly eclectic. At the time, Booth and Brown didn't have a lot to say about the selection other than, “it’s just some tunes ﻿[﻿we﻿]﻿ like”. Fair enough then.

A revolution in the mind: jahova

Tracklist is on Discogs:

Can't wait to see them live again at sonar next year! \o/

Fascinating mix! So much going on here.