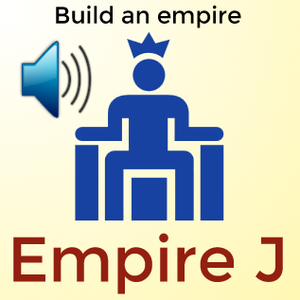 What is Empire J
Empire J is an empire among many, such as Empire 1, Empire 2, Empire A, Empire B… well this one is Empire J.
I am J, so it’s MY empire, but also yours.
Empire because I will be talking about my empire how it is now, the people I know, that are part of my life.
Empire because I will be progressing to building prosperity for myself, my family, friends and people that I know.

What to expect in this show: