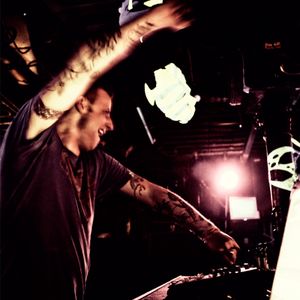 That's Elektro-Punk a.k.a. Joerg Bender from Bremen/Germany. Based since birth in his homecountry Cologne, he began in the year 2000 to produce his own tracks, based upon this "bored beyond believe" -stance. He wanted to begin something fresher in music, something newer, something thrilling and something 'that's way more exciting than the pieces that the DJ's were playing at this time'. It's about powerful and dirty Psytrance, based on his "rude innerself". Now, 2012, this is the result of working on his very own style which carries you off into his world between Global-Psychedelic-Space-Funk-Goa-Trance (sic!), queakie sounds and groovy uptempo-beats.