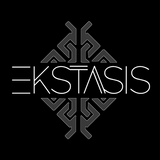 Never miss another
show from Ekstasis

Miami, FL native Ekstasis was introduced to and fell in love with rave culture and electronic music at an early age in the 90's. The diversity of culture and music in Miami continues to be a major source of his inspiration.

Ekstasis works to spread the ideals brought forth by the pioneers of the electronic music movement to a wider audience, a new generation, and performs to bring listeners to a state of altered perception so that they can look at the world in new ways. Ekstasis is a member and founder of AGE Media and produces tracks on AGE Records.