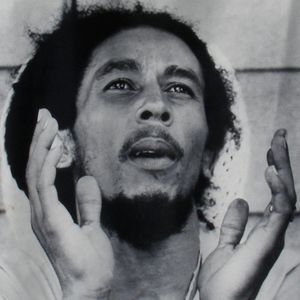 From the Doug Wendt deep sunny archives. On the radio since his MAN OF CONSTANT SORROW shows, Wendt's best known for his MIDNIGHT DREAD program & his popular WORLD BEAT DANCE PARTY presented at San Francisco's KENNEL CLUB. It was hailed by DETAILS MAGAZINE as "Best Night Out In America" & Rio de Janeiro's O GLOBO as "An Empire of the Senses!" Wendt's mixes at the massive AIDS Dance-A-Thons in L.A. & S.F. were described as "the talk of the evening. Doug's sets totally galvanized the crowd. Incredible! Fantastic!" He's appeared at The Fillmore along with his band Ghost Town Sound as well as DJed at UC Berkeley's Greek Theatre, Reggae Sunsplash USA, L.A. Theater Center, New Orleans By The Bay, Reggae On The River, Winnipeg Folk Festival, World One Festival, CMJ, Amsterdam, Skywalker Ranch & more. He was on air every day at 6am with NATIVE SON RISING; at noon with BEST OF ALL WORLDS; & at midnight with MIDNIGHT DREAD (Pacific Times) at www.worldOneradio.org. Website: www.midnightdread.com

Wow! i was mesmerized... Dup out duped himself!