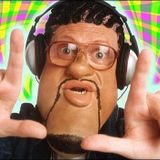 Starting his DJ career at the tender age of 15 working the club, bar & pub circuit Paul Table has been involved in radio since 1997 and has played on such stations as Radio London, Swinging Radio England, Clubtown TV, Vison FM, Unknown FM and now joins Tongue & Groove Radio.

Specialising in Soul and Soulful House Paul has been collecting vinyl since 1981 and now has far too many to count.