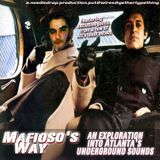 Never miss another
show from DjMafiosoATLsLatinSoulBrother 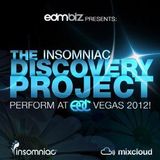 ATL's Latin Soul Brother Numero Uno. ATL underground hip hop veteran.Helped mold this (ATL) city before the scene was as solid and established as it is now. Binkis Recs Dj allday, Funklordz Break Crew Official Dj allday.However affiliations & associations do not define my sound or style. My focus as a dj is about fusing the afrolatin riddims that flow thru my blood with the hip hop beats that have made my head nod since 1977. Born in Corona Queens NY. I was there long enough (1977-1986) to witness first hand the rise & introduction to the golden era of hip hop.Emigrated to the south which helped further expand my musical ear&style. One heck of a dj who colors outside the lines, neva scared to take risks or break an unfamiliar record.I blend music with the sole purpose of encouraging the blending of people &cultures. To remind us all that we are one & all the same just like music. Musica is music regardless of names or category as long as it has soul. Nuf Talk put an ear to my mix.