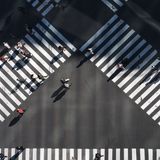 Born and raised Sydney, Greg straight after finishing school ventured to London where he found his love for Dance Music and quickly had the mixing bug with his mates learning on his first set of 1200’s.

Moving back to Sydney a few years later Greg Started putting on his own parties, loving the Melodic Trance and Electro sounds of the time and was lucky enough to play guest sets at the Infamous Transmission Parties at Sydney Olympic Park, Sublime, A night of Trance and many more.

Since then Greg has played guest sets and held residencies around Sydney at venues such as Candy’s Apartment, Burdekin, Kings Cross Hotel, White Horse, Helm Bar, Home and the Foxtrot to name a few.