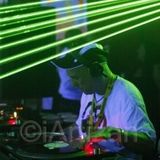 Daz Willott's career started at the Place night club in Hanley Stoke on Trent. He mixd cutting edge Electro / hip - hop, this brought break dance crews from far and wide. He decided to open and upfront music vinyl shop known has 'Wild-style Records'.this helped Daz to move with the times to Acid House Daz moved with the times and progressed forward and was soon approached by the promoter of Introspective, were he became the resident along side Justin Carr. This saw him move from club to club from stoke to brum, he then was asked to become resident at the legendary clubs in Stoke on Trent known as, Entropy and Shelleys,

He also played regular at The ‘Eclipse’, in Coventry, ‘Amnesia House’, the list is end less...now tune in every Saturday between 9-11pm to catch the Raw Show on www.6towns.co.uk