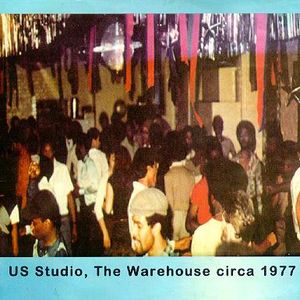 It all started in Chicago’s Southside in 1977, when a new kind of club opened. This new Chicago club called The Warehouse gave House music its name. Frankie Knuckles, who opened The Warehouse, mixed old disco classics and new Eurobeat pop. It was at this legendary club where many of the experiments were tried. It was also where Acid House got its start.

One of the leading DJs at that time was New York born Frankie Knuckles, also called the Godfather of House. Indeed, he was more than a DJ; he was an architect of sound, who experimented with sounds and thus added a new dimension to the art of mixing. In fact, he took the raw material of the disco he spun and added pre-programmed drum tracks to create a constant 4/4 tempo. He played eight to ten hours a night, and the dancers came home exhausted. Thanks to him The Warehouse was regarded as the most atmospheric place in Chicago.

I love your Music ..i love you foreve Frankie Knuckles !!!

the year was born get down to funk

masterful job by the godfather...never missed a beat....flawless mix...an honor to have played side by side with him and as an opening act for him on occasion...very down to earth......great colleague...better friend...terrible loss to the music industry....words can never convey the sentiment shared by so many...