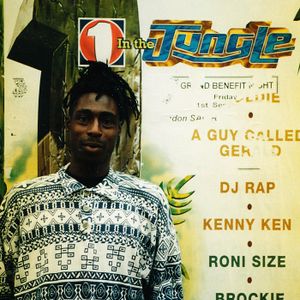 This was Radio 1's Friday night showcase which gave Jungle a platform on the station for the first time. It put DJ's and producers into the limelight and broke down barriers which had been keeping the music underground for so long.

The studio shows were pre-recorded and played out as live in the original Kool Fm style. The featured artists would choose the MC they wanted to front their mix.

It began with an hour long pilot show from the week before the first show which went through the history of jungle and interviewed artists such as 'A Guy Called Gerald' and Roni Size.

Words can't do these beats justice. The energy is absolutely incredible.

NICE, just realised I wrote on this as (Lardy Bangerz) Thanks for the tracklist! Shame dnb is shit compared to it was, nowa-days!

Omen comes in after Genotype

Thanks for the upload! This mix is a gem. Proper techstep business!

Absolutely class mix.
I still play Torque every now and again. It was cutting the edge then, and it still stands up today.

True legends in The game .