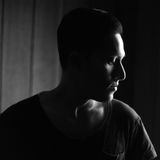 Dilee D is originally from Colombo, Sri Lanka (SL). He is a House and Techno DJ and producer. His music career began when he was being hired as resident DJ in several top clubs in SL since the age of 19.  Dilee D has 6 years of studio experience with a strong background in classical training. In year 2010, he made his name being nominated by clubbers as one of the Colombo’s Top 5 DJs in SL. He then landed in Kuala Lumpur (KL), Malaysia to further his music career and had been featured in numerous well known Malaysia to further his music career and had been featured in well known clubs in KL including Aristo in Zouk KL, Quinte KL, Casbah in Mandarin Oriental Hotel, Mai bar in Aloft KL, Passion in Poppy Garden, Long Bar in One World Hotel, Nagaba and Tetto Rooftop Bar, just to name a few. He is also one of the most requested DJ among celebrity events in KL.