Dancing To The Stars 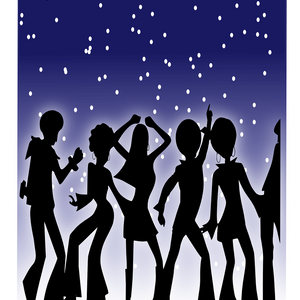 Follow me:
- every Monday at 9 p.m. and Sunday at 10 a.m. on http://www.mastermixersatwork.com/ DAB+ 7b (Marbella, Soto Grande & Ibiza)
- twice a month on Wednesday at 8 p.m. CET on Waves Radio www.waves-radio.webnode.gr
https://www.mixcloud.com/mika-kaliva/playlists/diego-for-waves-radio/

Excellent session! Some great tunes on this mix and has got my foot tapping this morning!

Ciao my friend, good reading I could let you have some nice moments...thanks a lot! :-)

Great start + flowed beautifully all the way from there!!

Ciao Ste, thanks a lot for your ongoing support! Your WR is in the queue...so I don't wish u a good weekend yet! ;-)

Thank you Andrew, have a great upcoming weekend! :-)

Fabulous session Diego!! Bravo my friend ... really loving the feel good disco house vibe on this one ... This is definitely music to "make people move" !! ...... In fact it's so good that I will listen to this set again next year when England win the world cup ... This will be the celebration set I will listen to with a bottle of wine!!

... Thank you for providing my celebration soundtrack so far in advance!! Almost one year in advance!! .... Bravo on a top set, and enjoy your week! ... Grazie

Hahaha Steve, you guys still haven't understood that until you don't stop celebrating always in advance and until you keep on singing "It's coming home", any Cup will come! :-D Follow my advice and you'll see, MAYBE next year I'll join you in pumping this set while drinking a good wine!!! :-D Have a great day Steve and thanks for your support my friend! P.S.: "London Groove"...uhmmmm...sounds like something promising.... ;-)

...... Hahahaha ...... And while we're on the subject of football, I'm not one of those loudmouth fans who keeps shouting ... "It's coming home" ....... In fact I've never said that even once during any tournament in the last thirty years, as I am very realistic about England's footballing abilities ..... we have a good team, yes, and promising young players, but having a "good" team is not enough to win tournaments ... To win trophies, you have to be "outstanding" ... and that's not something I have seen from England so far ..... It honestly annoys me when during every tournament English people keep overhyping our team, and I think the media are to blame ... They raise the country's expectations to unrealistic levels, and then when the England players fail to deliver, they receive unhealthy levels of abuse and insults from overly aggressive fans who expected too much ....... Honestly Diego ... I feel lucky to be living overseas during football tournaments such as the Euros and World Cup ..... it means I don't have to put up with the crazy media hype and constant "It's Coming Home!!!!" every 5 seconds ...... Yes I am English and of course I would love to see us win a trophy one day, but the constant hype and media frenzy during every tournament is just CRINGE ...... After all, we did really well at the Olympics recently ... 4th in the medal table. The English media should get excited about that instead!!! ..... From now on, when I hear "It's Coming Home" ..... all it means to me is that a plane full of disappointed England players is coming home!! ...... Without a trophy. Again. Hahaha. Anyway sorry for the long comment ... but regardless of who wins next year's world cup, I will probably be pumping this set anyway!! Maybe it will be Italy's year again next year .... Now the Italians have the confidence and the swagger after winning the Euros ... maybe it will be a repeat of the 94 world cup final ... Brazil v Italy ... and go to penalties. But at least no Baggio this time!!

Perfect Session for my sweet coffee

Hi Vio, I really hope your coffee didn't go down the wrong pipe because of me! :-D Haha Thank you so much darling, have a nice day! :-)

Always a pleasure listening to your sessions Diego and this is no exception. Quality soulful, deep & funky grooves all the way! Wonderful!

Thanks Shep, I know you're an expert of quality, so very good reading your nice words! Talk to you soon! :-)

Ciao my friend, thanks for listening and for your nice words! :-)

Hi Nancy, really glad you enjoyed it! Thanks for your words, I appreciated a lot! :-)