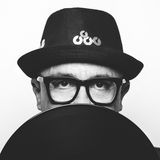 The end of magic summer 2022!!
by Diego Broggio

DIEGO BROGGIO DJ & PRODUCER
known internationally as the founder of DB Boulevard.
His career began on the first free radio in Padova.. A musical background of the highest level, his keen taste in new musical trends from alternative to commercial music, quickly projected him as a dj in the most famous clubs in Veneto.
With the first movement of house music he launched his name to prominence! His passion for music and entertainment extended from djing to clubbing. In 1991,he created the BBS Comunication, agency management and management of clubs where Diego Broggio was the Resident.
in these years also began collaboration with Diego's vocalist Moony who participated in the great success of Point of View.