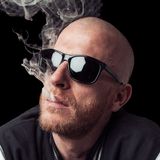 Never miss another
show from DeejaySmokeDogg

As an 80's-Baby, Austria native DJ SMOKE DOGG grew up in times where HipHop & RnB were constantly aired on european MTV and VH1 instead of ringtone commercials and reality shows. In his style of spinning the 1's & 2's, you really can hear the influence of the late 80's & 90's HipHop.

Smoke Dogg performed shows in cities all over Europe and played on some of Europe's biggest festivals such as Springbreak Europe or Summersplash. As a co-host of a radio show in Austria, called “The Hotspot – Blazin Hip-Hop & RnB“ he worked with major labels, became support DJ for Xzibit and played at Snoop Dogg, Rihanna & The Game album release parties. His latest overseas projects were two mixtapes in collaboration with former “Shady Records“ artist Ca$his.