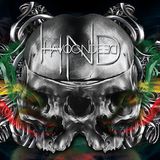 You may have seen the MTV special True Life: I'm a Muay Thai Fighter, which chronicled the times of Ben Garcia as he trained and traveled to Thailand for a bare knuckle championship. While the experience and win was a huge honor, the more accessible-to-an-MTV-audience portion of the show dealt with his alter-identity, the versatile and sought-after DJ OB-One.

Raised on healthy helpings of rock and hip hop, embraced by punk, groomed through drum & bass, and enamored with reggae, its 18 years in the game and DJ OB-One possesses the skills and selection to deliver you an auditory beating.