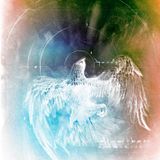 Never miss another
show from Decrease

Decrease comes from the metal/hardcore scene and he hasn’t forgotten what he learnt from it.
As an old friend of the founding members of Squares Records, he played and continues to play in some bands and participates in other musical projects as composer, drummer or guitar player. He also acts as a sound and PA system engineer.

Decrease makes introspective music inspired by early dubstep, post-dubstep (particularly Burial, whom Decrease describes as one of his biggest influences) and drone vibes.
However he mixes those infuences with trip-hop, dub, jazz and even post-rock.

Decidedly urban, cold and even dark at times, his music still brings a certain light and humanity.