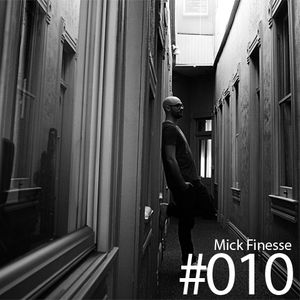 The tenth episode is an no-filler techno mix done by none other than Stephen Penders from Denver, Colorado! Under his Mick Finesse moniker, he has released some of the most interesting techno cuts in 2012. His Tunnel Vision EP on Perc Trax has enjoyed major support from some of the biggest names on the scene and at the beginning of this year he released the succesful follow-up with his conceptual 'The Disaster Began During a System Test' EP.
While having found a perfect homebase in the london label, he also released Spatial Anxiety on Broken20 and found the time to start his own label called 22, which just released three original tracks by himself and remixes from Soramimi and Perc. 2013 shows no sign of stopping Steve, who will be releasing another EP on Prostethic Pressings and his second remix for Emote. Steve can be found on most of the Perc Trax showcases, one of which will be part of DEMF 2013, on May 24.