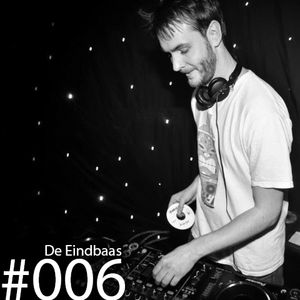 Something danceable this week. It's EINDBAAS!

Eindbaas is one of the co-founders of the original DeathMetalDiscoClub. He's played numerous events in Amsterdam and it's surrounding city's for years now. One of Eindbaas' trade features is prioritizing the track selection in favour to the mix. Whether it's jazz, deephouse, hip-hop or oscure little disco tracks, this guy is all about serving the good shit.
For this episode of DeathMetalDiscoClub he's been digging through his crates for some of his most soulful deephouse tracks. We hope you like it, we certainly do!

Besides playing at venues like Roest, Paradiso and Canvas, Eindbaas hosts his own party's in his hometown called Schagen. Follow De Eindbaas on Facebook to find out where he'll be dropping his tunes:
http://www.facebook.com/pages/EINDBAAS/273582941385

hehe, i am in for a lot of other music to. Good to hear that you enjoy it.

Couldnt guess anything like this by the profile name :D !

Hey I love the vibe you got here !!! Really enjoying !