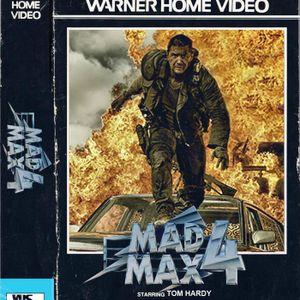 This show was 15th in the global soundtrack chart.

Mad Max: Fury Road often is an impressive action film, although it isn't without its faults. The CGI, 3D effects and colour filters make the film look like an animated comic book, where the undeniably great Mad Max: The Road Warrior (1981) looks like a documentary from the future. But the weakest aspect in my opinion is the music. Like previous chapters the soundtrack is filled with typical Hollywood bombast. Pounding orchestra's that leave the viewer exhausted (believe me the action is more than enough). Besides, why have orchestral music in the future when you can have machine music? When will big budget films discover the potential of techno? This mix presents an alternative soundtrack, obviously not synced to the images as it is just out in cinemas, but more of a suggestion or one could say: "inspired by Fury Road".