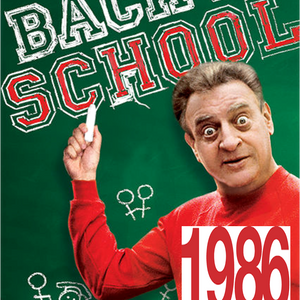 It’s September again and that only means one thing…….. DJ DS Goes Back to School!

I was in high school during Hip Hop's 'Golden Years' (1986 – 1991) and I thought what better way to start the school year off with a series of mixes based around the years I went to school. Hip Hop was going through a transitional stage where new artists like Rakim, Kool G Rap and KRS-ONE were changing how MCs would sound forever.

If you’ve heard any of my mixes you know what to expect, plenty of doubles, blends and all that good stuff. I’ve also popped some of my favourite sound bites from movies released during the same year including Thrashin’ (skate movie - personal favourite), Stand by Me, Big Trouble in Little China and many more!!

Also a huge thanks to Jimmy Green for the drop! Hope you all enjoy and if so, get ready for 1987 and my second year at school!!

It's My Beat is a monster of a tune!! Thanks for listening again.

DAMN... Ain't heard a mix sound this fun for a while! Thanks for this DJ DS. Keep on keeping on buddy

Thanks for this!! Totally appreciate the positive comment. The 4th Year 1989 is hopefully up on here tomorrow afternoon. Appreciate this!!!

Thanks Kane120!! Appreciate you taking the time to listen and comment. 87 is on here already and I’m releasing 88 this weekend. Thanks again!!

Thanks Big Cap Spatch!!! Glad you enjoyed it. Plenty more where that came from my man!!

This joint is the business! I graduated in 1988, I need you to handle that for me! LoL

Ha ha!! I’m going from 86 to 91. Selected a few for 87 so far and hopefoget some time to put that one together in a couple of weeks. 88 is my favourite year though!! Stay tuned!! Feel free to check my others too!!

Hey Derrick. As requested the 88 mix is dropping this weekend. Hope you enjoy!!

So much dope stuff on here man... brilliant

Thanks Jimmy. Appreciate the positive comment and also for the drop for the mix too. I’m pretty fortunate to have come up in such a dope era for Hip Hop!