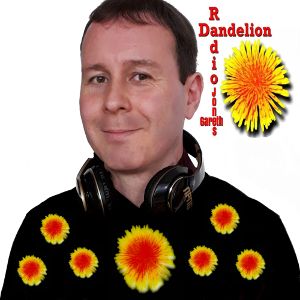 Gareth's July show kicks off in a football frenzy with new Welsh footie anthems from John MOuse and Helen Love. And Helen's keyboard player also has a new single out with his synth-pop duo Spray.
This month's 'Secret Songs from the Sixties' features two cuts from the record collection of The Cramps, taken from the latest double CD compilation on the Righteous label called 'Wild Sounds From An Overheated Jukebox – Lux And Ivy Dig Those 45s'.
The second hour of the show features guest Mark Christopher Lee of The Pocket Gods who will be introducing four songs of his choice in the feature 'Something Old, Something New, Something Borrowed, Something Blue', plus two tracks from the current Pocket Gods compilation album 'Tin Foil Hat Champion –The Best Of Vol.2'.
And there's a surprise end of the show from Boris!