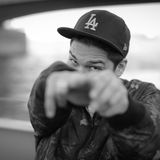 Never miss another
show from Daferwa

#mash it up! radioshow

Daferwa (Daniel Fernando Wahl) grew up in a mexican-german household in Tübingen. Listening to his parents’ music collection over and over again, he soon got in touch with a broad variety of rhythms. On one side there were artists like Lucha Reyes, Los Tigres Del Norte, La Banda Del Recodo and Cesaria Evora and on the other Paul Simon, Lipps Inc, Queen and Michael Jackson. In the 1990s he fell in love with Hip Hop, R’n'B, Reggae, Dub and House. At the age of 15 he bought his first mixer and used an old Technics Automatic Turntable and a CD player to get his first beat-matching skills. Daferwa has been actively contributing to Cologne’s nightlife since 2005, at first as a regularly DJ booked for parties and bar-gigs. Finally in 2007 he founded the Mash It Up! nights in Cologne. In 2009 he was called to join WDR Cosmo as a freelancing author for the musical department and as a resident DJ for their own club nights called Cosmo Club.