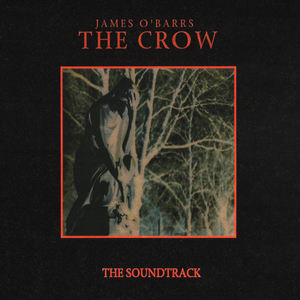 In researching for my production of THE CROW, I found it well documented that O'Barr's graphic novel was influenced far more by music than by other comics. From visual references to Black Flag and the Misfits to lyrical quotes from rock poets Jim Carroll and The Cure's Robert Smith, music seems to have a palpable presence in the book. Even the main character's physique is said to have been a hybrid of punk legend Iggy Pop's body and Bauhaus front man Peter Murphy's face. The original volumes from Tundra Publishing are book-ended (respectively) by a dedication to and a photo of Joy Division lead singer Ian Curtis.

I wanted the songs in the movie act as a Greek-Chorus, commenting on the events and characters as they played out this modern tragedy. It was to these albums--the ones O'Barr himself had listened to--that I turned for soundtrack material. It was here that I finally found what I was looking for: the sonic landscape to accompany O'Barr's asphalt apocalypse.