&ME b2b Adam Port from #DJMagHQ 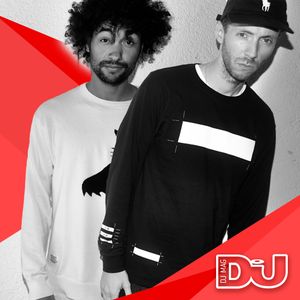 &ME
When one could assume, &ME entered the House and Techno world somewhat out of the blue, it is due to his sublime modesty that’s already captured in his alias. His way to become one of today’s most praised and sought after DJ/producers is based on a solid foundation. A foundation comprised of solo-releases, remixes, projects and collaborations that numerous, we’d rather refer to his discography than weary you with namedropping.

Adam Port
Over the last years, Adam landed a string of much noticed releases on different labels, be it on Keinemusik, his Berlin-based label-mainstay and collective of fellow artists &ME, Rampa, Reznik and designer Monja Gentschow. Or be it on imprints like Freerange, Pets, Cocoon, Moon Harbour etc. It’s been tunes that immediately brought worldwide attention to his name. But then, instead of doing the obvious, getting a management, meeting demands, playing those big stages, delivering the hits, Adam once again did what felt best for him.

You gonna love this! https://www.mixcloud.com/SaintCloud/power-afro/