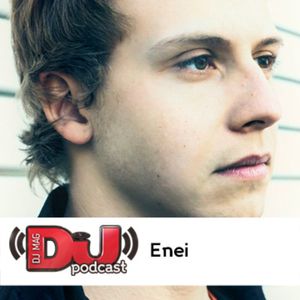 Russia isn't so much known for its dnb scene as it is for producing one of its most wanted artists.

Signed to Critical label in 2010, Enei's discography traces back to 2007, but it's his steady output for Kasra's imprint that he's most recognised for.

Last year, his debut album 'Machines' gained plaudits all over, while a collab with the label boss ('Breath') and his tune 'Slender' appears on 'Underground Sonics' this month, a release we scored 9/10 and described as Critical's 'most comprehensive to compilation to date' in our March issue.

Best known for his tough, murky approach to dnb, Enei touches on half-time as well more jumped up styles, always with a dark, snarling dancefloor sensibility.

Lining in Room Two at Fabric alongside Kasra, Mefjus, Emperor, Sam Binga and the rest of the Critical Sound crew on Friday 7th March, Enei has delivered us a badboy mix to whet our appetites.

Support DJ Mag by subscribing directly to this channel and get access to exclusive rewards.