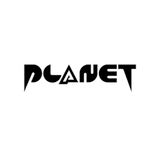 Never miss another
show from PLANET

-bio-
born in Hiroshima. He is DJing all over Japan.
In 2012, his first overseas gig at Honkong and also,
In 2016, Planet DJed at Club SELIG in Swizerland, Expocite in Canada and Carre in Belgium.
He became Worlde-wide DJ now.
His DJ style is always keeping good vibes and make crowds have fun.
He is very popular. He is also producing his own event at Club Leopard Hiroshima.
Japan, Called "Lady Bird". LADY BIRD is packed every weekends.
He is also producing "BLUE BEETLE Wednesday" and "Leopard Saturdays".
Both of them are Hieoshima's finest events now.
He is producing 270 events in year.
From 2008, he released own mix CD all over Japan.
It sales a lot and also 2016, he released 3 mix CDs. Every single
CDs sale a lot and became very popular CD in Japan.
He is about to release me mix CD in 2017.