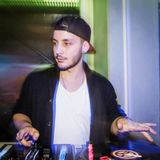 His passion to Hip-Hop started at the age of 12, since then, a lot in his life has changed, but Music was always a part of it.

The concept of his performances is rather ''easy". PJay tries to combine old classics with new Club Bangers, West- with Eastcoast and also Trap with Hip Hop.

His open mind to music and also music genres leads often to the act, that he plays a dancehall track or one of the earlier discohits to rock the crowd with.
If PJay likes a track, and he sees the potential to party with it, he tries to build it into one of his sets, doesn't matter which genre it is.

PJay just loves to stand behind the decks, play music and have a good party with the crowd.