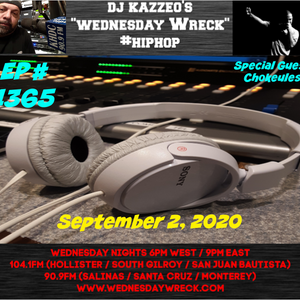 The longest active running Hip Hop show in Central Cali and 2nd longest on the West Coast, "Wednesday Wreck", debuted on January 19, 1994 with host the Verbal Technician and dj's Kazzeo & Kool One.

The show is currently hosted by DJ Kazzeo along with co-hosts Escobar & V-Dog and featuring DJ Jason D in the mix.

Continually dropping the latest in “underground” Hip Hop, opinionated commentary, and occasional interviews with the artists who make great music.

Requests & shouts as well as new Hip Hop music can be submitted by email to khdchiphop@aol.com