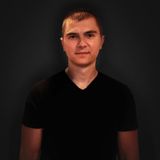 Never miss another
show from Schatzberg

Nebojsa Mitrovic a.k.a. Schatzberg is a DJ and producer from Serbia!
He began making his mixes, mashups, edits and bootlegs since 23 years of age when he discovered FL Studio and many others music programs.
His first track called "Keep It Funky", collaboration between Dutch future superstar Ennergize & French future superstar Enzo Di Biasio, was supported by Dannic, Lumberjack, Al Sharif, Last 3 Digits and many others.
Now Nebojsa is working in silence to become a great dj/producer, that will have big gigs on the biggest festivals and to create more tracks that will be played all around the world.