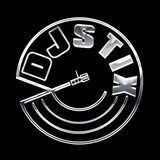 Never miss another
show from DJSTIX

Somerville, MA native, DJ Stix, is a young, local DJ that has made his name well-known in the Boston Club Scene. As a steady DJ for the past 17 years, he has proved himself to be very versatile, being able to spin for crowds of all types. Whether he’s spinning for a family function, at the club, or anywhere in between, his performance is a guaranteed good time!

While he has made quite a name for himself in the Boston area, he has also hit most of the East Coast and crossed international waters DJ’ing in Puerto Rico and the Dominican Republic as well. When he’s not in the club, you can catch him on the radio or working on another mixtape either on his own or in collaboration with local artist and other DJs. He’s also one of the best remix producers in Boston.