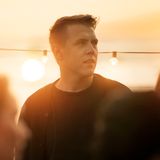 Danish DJ and producer Martin Jensen scored one of the biggest hits of 2017 with the smash ‘Solo Dance’, and the track propelled the Dane to the top of both the charts and festival line ups all over the world. The touring brought him even closer to his fans – a growing base of 2.5 million dedicated followers on social media. Now he’s bringing them along musically for the next step in his career

About Martin Jensen
• 25 Years old, born in Jutland in Denmark
• ‘All I Wanna Do’ has been streamed over 100 million times and reached number 11 on Danish charts and number 10 in Norway.
• ‘Solo Dance’ has been streamed over 385 million times: 3x Platinum in Sweden, 3x Platinum in Norway, as well as Platinum in The UK, Denmark, Finland, France, Italy and Canada.
• Toured Europe, Asia and the US.
• Number 70(82) on the DJ mag Top 100 list of 2017.
• Officially remixed some of the biggest artists