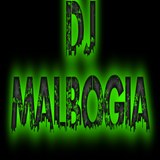 Never miss another
show from DJMalbogia

DJ Malbogia is a 29 year old, Veteran from the war in Iraq who has had a passion for music since he could walk. At an early age this DJ would put on shows for his friends and family using his mother's vinyl record player and cassette tapes to mix songs and put on his own concerts. At the age of 18 DJ Malbogia, formally known as Jay Daniel, joined the United States Army and served honorably until his dismissal due to wounds received in Iraq. The military taught him dedication and developed a drive in Jay to become the best and not stop, thus creating a beat and mix making monster. DJ Malbogia is currently undergoing the final process for his first mix-tape mix release. A resident of Music City, DJ Malbogia has the drive and determination along with a developed and dynamic skill-set to reach a nationwide audience. Published and affiliated with BMI please feel free to search BMI for Repertoire, thank you