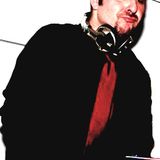 A true pioneer in the Los Angeles area Harry Ohannessian aka DJ Hye FX started DJing in the mid 80's at the ripe age of 14,way before the "laptop age" when DJs really had to have an ear for music and talent for mixing, two fields in which he excelled . He first started his venture into djing as a hobby and through the sheer demonstration of his passion for the field he quickly rose to prominence. Eventually earning spots in every major club in LA and even some outside the LA market such as San Diego,San Francisco, and Las Vegas he was highly sought after and eventually turned up on all the radio stations as a mix show DJ,all the meanwhile becoming one of the nation's top wedding DJs . He had a deep love for what would now be considered old skool hip hop as his early mixes reflect. He later developed a love for house which continues to this day. Tune in to ArmenianPulse.com every other Thursday at 9pm to listen to his show " In The Mix with Hye FX" To find out what all the fuss is about