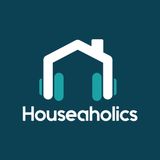 Gareth purchased his first set of ‘Technics 1210’ decks when he was 17, and since then he has experimented with different styles of dance music, honing his skills as a DJ along the way. In the early 90s while living in London, the dance scene started to gain momentum cementing his dance music addiction! After a few years of DJ’ing in his bedroom and at friends’ parties, his style gravitated towards house and UK garage, which by the mid 90s were dominating most of the London club scene. Several stints on pirate radio stations and regular slots at various clubs around the north-east of London evolved Gareth’s music taste, with him focussing more on house and trance, thus following in the footsteps of DJ’s such as Paul Oakenfold, Sasha & John Digweed.