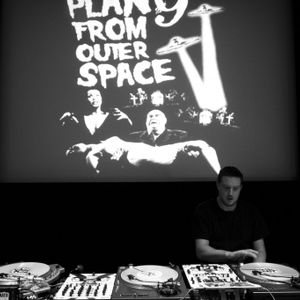 In 2014 I was invited to pitch ideas for the BFI Sci-Fi festival in the UK. The outcome was a re-score of the most infamous of all sci-fi films ‘Plan 9 From Outer Space’. Officially licensed, this was premiered at The Watershed (Bristol, UK) in Nov 2014.

This is not an audio version of the re-score but a mixtape that blends many of the tracks and ideas originally sidelined for the project alongside some sections that ended up featuring.

Throughout the mix I've also added narrative clips from the movie, highlighting elements of the story, underlining the atmosphere of the scenes and illustrating some of the inspiration for the track selection.

For further info on the project, the re-score and the live show please click here: http://www.djcheeba.com/shows/live-plan-9-from-outer-space-re-score

Thanks for listening. I'll sort out a download link for those that are keen asap
cheeba

Any chance to get a new download link on this one?
This mix is just MAD!

Ah this reminds me of many lost days and nights at the Cube Microplex :)

Incredible mix sir and beautiful selection. Gotta love a bit of Marka too - remember seeing you spin that during a VJ set at BPM, super creepy vid.

Thanks man. Good work spotting Marka in there... its pretty well hidden ;)

Great work Si, fantastic selection, works without the film too, always weird to hear one of my own tracks in there though

this mix is awsoeme!! thx

They're coming right for me!