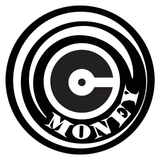 C money has hosted the biggest nights in the south for celebrities including Wretch 32, Megan Mckenna, Dane Bowers, Stephen Bear, Rogan o’Connor & Jjoss Mooney! Mixing a blend of hiphop, rnb & grime to create the most lit club experience. This was highlighted with his performance at Fright Night Festival Brighton & competing in the Brighton Soundclash event! Following the success on the South Coast the bookings quickly progressed to London to play a sold out Chinese New Year party at Konnect London and launched the opening of The Yard in Clapham at the end of 2019. C money has recently turned his focus into production, carving out his own sound for the clubs & festivals!