The Eleven (A September Collective) 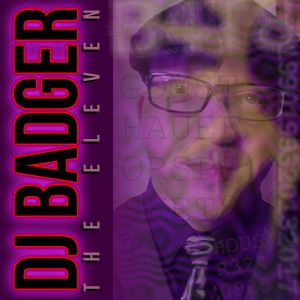 Cetu Javu, Depeche Mode, Motorcycle, Cause and Effect, The Cure and more.

"The Eleven" is a collective (NOT a standard mixed set) of tracks that remind me of Septembers past. Septembers have often been oddly pivotal in my life; for instance, I started DJing in September 1989. This set is all over the map, starting with an obscure Cetu Javu B-side and including classics by Depeche Mode, an incredible Cure remix, Cause & Effect, and even a healthy dose of downtempo/trip-hop/chillout tracks (which is why ultimately I chose to categorize it here as "Chillout").

"The Collective" was originally put together in late September 2017 and I made one tiny technical correction before uploading it to Mixcloud on September 17th, 2018.

Got it. Ikon was my weekend home, or at least it felt like it, for those years mentioned. A few of your playlists reminded me of those nights/early mornings of dancing until sunrise. I've been trying to find some of the old sets. You can't buy them at Mohawk Music like the good old days. Keep up the good work. Cheers.

Hi there! I am SO sorry that it took me so long to respond to this. Unfortunately, I never DJed at Ikon. I started DJing in 1989, but I was mainly focusing on schools and weddings at the time; I didn't move to club DJing for over a decade. However, I loved Ikon and made some great memories there, especially seeing the Dead Milkmen there in the fall of 1992. Thank you for asking!