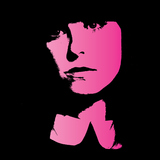 DJ Blush (Britt Townson-Labovitz) is a Toronto based DJ/Host

Look out for her next livestream!