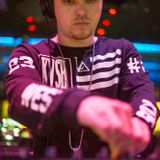 Never miss another
show from Bassassin

Beyond Wonderland Discovery Project
by Bassassin

DJ Bassassin has made a notable impression as a versatile Electronic Dance Music DJ. He specializes in the music genres of Dubstep, Trap, and Hip Hop and was given the title by Reverb Nation as LA’s #1 Dubstep DJ. He is also ranked by Reverb Nation to be the #2 Dubstep DJ in the United States and #2 in the world. Born and raised in San Diego, CA, Bassassin also had love for music. He transitioned from playing in a garage band to becoming a solo artist as a DJ. His music influences include Skrillex, Diplo, Major Lazer, Excision, Datsik, J Devil, and Zomboy. With a bachelor’s degree in music from Musicians Institute, he worked as an A&R rep for The Recording Artist Guild until he decided to focus soley his DJ career. His first single off of his 1st LP In Yo Face! was a smash and went viral. Critics described Bassassin’s sound as edgy and filled with EDM goodness. This rising star’s music can be found on Spotify, Pandora, and iTunes.