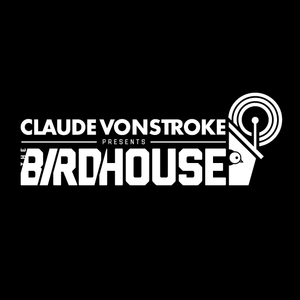 This show was 10th in the global house chart.

DIRTYBIRD boss man Barclay Crenshaw (aka Claude VonStroke) hits the airwaves with his new weekly radio show. The Birdhouse features independent house and bass music without restrictions. A new show will be released every Monday morning straight from his Venice Beach studio in California.

The show will feature interviews and guest mixes from cutting-edge electronic artists, Claude VonStroke’s personal music picks, and a Track of the Night. Alternating features include a ‘Producer Spotlight’ where a producer calls in with an interesting fact about their newest track, ‘Bass in Your Face’ featuring an alternative bass music song of the week, and a voicemail hotline for you to layout your funniest party stories.

Yo dirt bag i'v oked it with claud and he says its sound for me book a TRIP to ures for two weeks, on a fresh Ps. Cyanencens voyage. Where the planets heart beat And the spirits angelic voices become the hyat voice of the techno verse. Tick tock tick tock, bass.......... Only men between ages of 35 & 50 have apparently, through acceptance and the wisdom some choose to avoid, actually get the true glimpse, the profound hospitality of a god like guest that mother earth does provide, with ya mind, as a canvas the original techno of the life and power and mortality of the planets long troubled life. The best prize on the planet for those who know,sow grow, give and give dramaticaly live inside a humble exterior that is only themselves not an act of the unfortunate inferior.
Shamic setting bongo and no lies ya mind could through. Im skint like so let me know when ya both ready for me come start the spiritual collaborations!
XXXX
Techno is the only open term left in music these days, &its best realy cause some people are just to trendy to openly like and use the word techno, having no clue that, well it seems to me, techno has been the obvious choice of any good beats cause of this and it keeps free of those money men. Hope you agree anyway?

Thank you Claude vonStroke vor posting this mix. Best sound in the world.

Wicked show guys. I look forward to a weekly dose of dirtybird business :)

How can I download this onto my android phone so I can listen to it over and over please?

Listen here on iTunes http://apple.co/1M7yUye // Subscribe to get weekly shows every Monday

Loving it. Tracklist via Mixcloud pls!