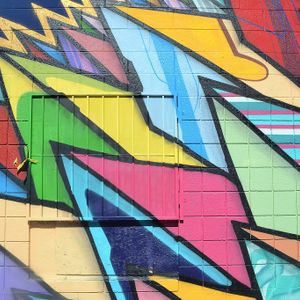 Summer Cassette Two, Don't Hate on Matt Slade was conceived with Mike McCaffery in mind. Mike's good people so the playlist starts with some tender loving care courtesy Questlove and maintains an articulate yet consistently soulful bent from there. It's Kate Tempest's killer South London accent poetically tuning you in to things that happen as they happen, Atmosphere getting all organically rythmic, Chelou tugging you along one note at a time, Baxter Drury telling you some stuff about some stuff, Nicolas Jaar taking it (as Matt Slade would say) "Over the top," the Beastie Boys being, "Mom you're just jealous it's the Beastie Boys..." and on it goes... Arcade Fire asking, "Who here among us still believes in choice?" and immediately answering, "Not I..." The Pharcyde telling you, "You know there's otha fish in the sea that is, in the sea, in the sea, in the sea, that is..." If you're Mike McCaffery it's important to me that you enjoy this. If you're not. You're not.