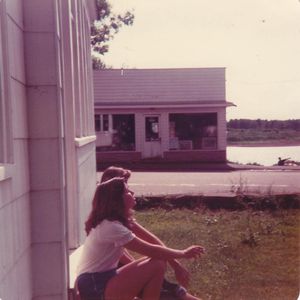 The Final Installment in the Summer Cassette Series is the rare 120 minute cassette featuring some sparse, quiet, gorgeous instrumentals from Del Stephen, some melancholy nostalgia from Supertramp, some 70s summer harmonies from the Eagles, the Handsome Furs plunking keyboards and warbling fabulously, Nicolas Jaar keeping it tight, and summer slinking out the door leaving the sky with deep blue and purple bruises and the grocery stores filled with University Students robbing us of KD and ketchup... and man, if you aren't in love with this completely after eight songs you should never have come here-
1 Lord is It Mine by Supertramp
2 Theme From, "A Summer Place" by The Ventures
3 Encore by Nicolas Jaar
4 Beachy Girl by Jye
5 Canned Tomatoes (Whole) by Courtney Barnett
6 Sailor by The Holydrug Couple
7 Careful Mouths by Del Stephen
8 The Breathe Out by Del Stephen