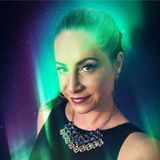 Never miss another
show from D-Lux

Laura DeLuca "D-Lux” is one of the scene's most driven DJs and tastemakers; from perfecting mixes, to smashing it at parties, this Boston based DJ has had the underground house scene locked down since 2005. Her releases on Soul Clap Records, Dancing on The Charles solidified her as a great Boston musical export. As one of the founding residents of Re:Set Wednesday at the Phoenix Landing she played alongside some of the best artists on the planet. It’s her love and passion for music that keeps bringing her back to the decks; to entertain and inspire a new generation of DJ’s.

By far not a one-dimensional DJ, D-Lux delivers a blend of deep techno and melodic house; with a distinct feminine touch that sets her apart from the crowd. Her versatility and programming is what keeps D-Lux as Boston's Queen of the underground. D-Lux carefully orchestrates her se