Frédéric Beigbeder and Matt Beaumont on Publicity and Consumerism 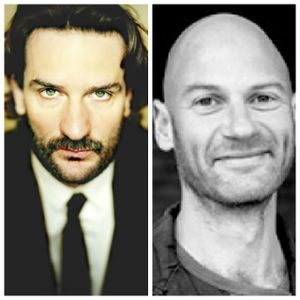 Frédéric Beigbeder and Matt Beaumont came to the French Institute in London to discuss publicity and consumerism.

French writer, literary critic and TV presenter Frédéric Beigbeder began to work as a copywriter in a marketing company specializing in advertising when he was 24. In 2000, he released '99 Francs', the story of a rich and successful copywriter who is addicted to money, women and cocaine. He also wrote 'L'Amour dure trois ans' and 'Un roman français'.

Matt Beaumont s a British novelist and also a former copywriter. Beaumont made his debut in 2000 with the comic novel, 'e. The Novel of Liars, Lunch and Lost Knickers', which consists entirely of e-mails composed by the staff of one advertising office. A recent example of an epistolary novel, it is generally recognised as one of the first e-mail novels.