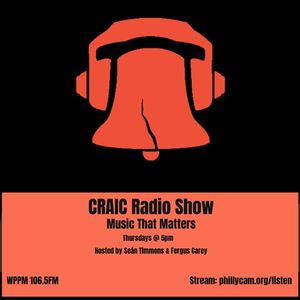 In the second hour, we discovered the response to "the song that lit your fuse" from Britt Thomas, Ellen (Siberian Tiger), Ali Awan, Ben O’Neill, Valentina Raffaelli and Joseph Parsons.

CRAIC Radio is broadcast each Thursday from 5:00pm to 7:00pm (US Eastern) on WPPM 106.5 Philadelphia. It is hosted by Sean Timmons and Fergie Carey. Producer is Sean Timmons.